The Tate Modern have put on an exhibition to coincide with the Centenary of the First World War. Conflict, Time, Photography documents the effects of conflict, from seconds after an event to hundreds of years after a war has ended. Edited by Simon Baker with Shoair Mavlian, this is a really remarkable look into the effects of war, by different artists interpretations.

Walking through the exhibition, you start with images made just moments after events have occurred and progress through to see the effects or war months and then years later.

Here are some of the images that we found most thought provoking.. 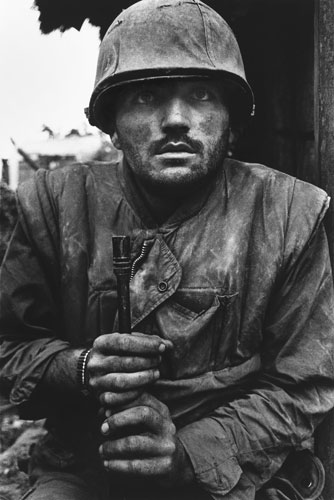 This iconic image was taken by Don McCullin as he travelled with American Marines to the city of Hue during the Vietnam War. The city was destroyed and America suffered heavy casualties. The expression on the Marines face highlights the shock of war with immediate effect for those fighting, but also reminds us of the longer lasting effects this would have had. In the writing that accompanied this image Don McCullin states that this type of image would not be allowed today due to embedding (explained below), bringing to light the problems with the media today and its representation of current affairs.

Adam Broomberg and Oliver Chanarin, The Press Conference, June, 2008, The Day Nobody Died. 2008.

Adam Broomberg and Oliver Chanarin travelled to Afghanistan in 2008 to be embedded with the British Army. Embedding was a way the army controlled the way journalists could report on the war. Rather than taking photographs, each day they would roll out 7 meters of photographic paper and expose it to the sun for 20 seconds. This particular strip was exposed on one very unusual day, the day that no body died. The title of this image brings to our attention the sheer number of casualties there have been, almost as effectively as if we were seeing actual photographs of the devastation. However it somewhat diminishes the level of fear and guilt that we maybe are supposed to feel. 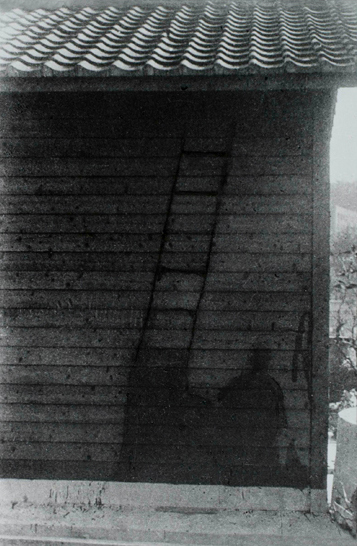 Matsumoto Eiichi, Shadow of a Soldier Remaining on the Wooden Wall of the Nagasaki Military Headquarters. 1945.

What at first looks like it might be a shadow is revealed to in fact be the remains of a Japanese Guard after a blast. Something that Conflict, Time, Photography does well throughout is present us with an absence of presence. It strays from conventional war images of people in pain and fear but still perfectly demonstrates the horrors and losses encountered. 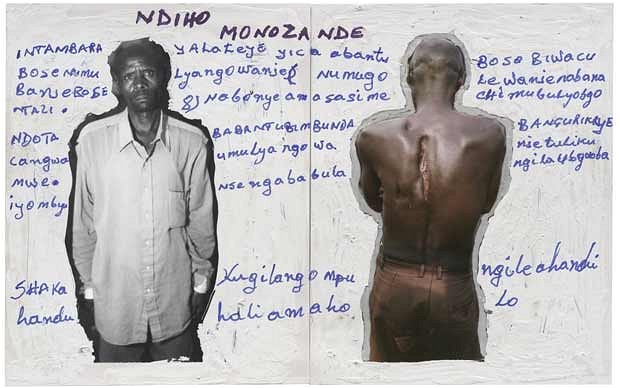 Although much of this exhibition emphasises the emotional impact of war, there are some examples of the physical scars left behind by war. In the image above and throughout an ongoing project, Jim Goldberg explores “new Europeans” – illegal immigrants, refugees, displaced people and asylum seekers from Africa, the Middle East and eastern Europe. Goldberg speaks to and photographs people in Africa, many of whom have been trafficked or tortured and left with deep physical and emotional scars. 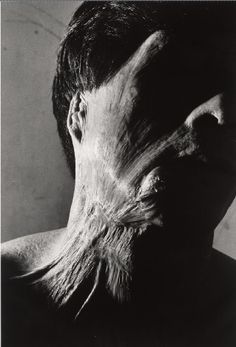 Shomei Tomatsu looks at the after effects of the bombing of Nagasaki. Mainly images of physical injuries, they are a harrowing look at how people are living with the constant reminder of war. Although made with artistic aestheticism, this doesn’t detract from the hard hitting content within. Although years have passed, people are still enduring the aftermath and the mental and physical scars. 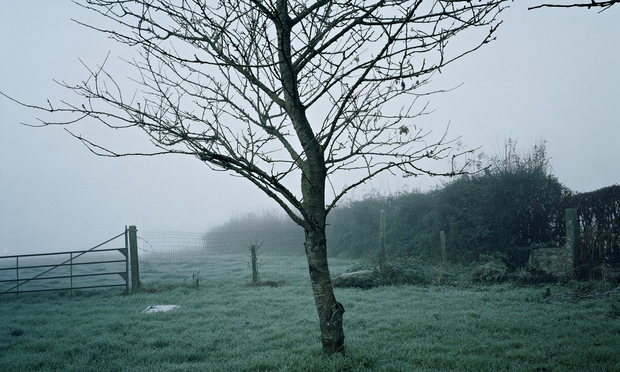 In this series, Chloe Dewe Mathews revisited the sites where deserters were killed during the World Wars, at the same time and day as the executions, one hundred years later. The images are a reminder that although the landscape may no longer show it, these events will live on in the memory and friends and family.

This exhibition is a very unique look into the effects of war throughout the years. Each room offers a new view point and a look at how conflict affects people and the landscape.

Unlike most other harrowing and graphic depictions of war, Conflict, Time, Photography manages to get to the heart of the consequences of war through artistic exploration without aestheticising it in any way.

It is a striking and truly emotional and captivating collection of works. Simon Baker has done a beautiful job curating the exhibition and it is a definite ‘must see!’

Follow
This entry was posted in Exhibition Reviews and tagged documentary, exhibitions, photojournalism. Bookmark the permalink.